Why did my ROBOTILL revert back to the free edition?

September 28, 2016
If your ROBOTILL Full Edition just suddenly reverted back to the free edition and you did not change any hardware on your PC, then it is probably due to a major Windows update.

Your ROBOTILL registration number is a number consisting of 4 groups of 4 digit numbers. With a major Windows update, one of the number groups would have changed.  To get the new number, simply click on 'Upgrade Now' when asked if you want to upgrade to the full edition. 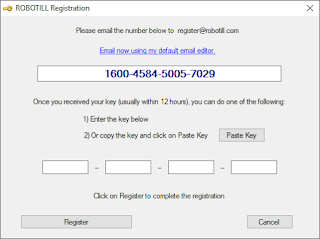 All you need to do is just email ROBOTILL Support your new ROBOTILL registration number. ROBOTILL will email you new keys to get your Full Edition back.

We have plans to change the licensing system so that it will not be affected by Windows Updates and to make the process of registration easier.